A great soundtrack is more than just a collection of great songs. A great soundtrack pulls a story along while somehow effortlessly blending into the background. The right one can help define a movie; a terrible one can ruin an otherwise decent film. A great one can even stand on its own, though it really shines accompanying something on-screen. Which are the best of the best, the ones that help movies soar? Here you go. These are the 23 best soundtracks ever put together.

Since this Ryan Gosling-led movie features such sparse dialog, Drive relies heavily on its amazing soundtrack to convey the mood of the film. There’s an ‘80s electronic vibe present in most of the tracks, and Cliff Martinez did a masterful job of matching the feel of Nicolas Winding Refn’s neo-noir flick. If you’re driving through the city late at night and the streets are empty, this is what you should listen to.

2. This Is Spinal Tap

It’s hard to top the mockumentary greatness that is This Is Spinal Tap, and those epic performances from the film are captured in the film’s equally impressive soundtrack. Turn it on and turn it to 11.

This Wes Anderson film features a hodgepodge of great tracks. The original idea was to use only songs by The Kinks, but the final collection ended up being a mixture of random tracks from the likes of Cat Stevens, John Lennon, and more. Each selection feels as random and fun as one of Max’s hobbies.

Iggy Pop’s “Lust for Life” was such a perfect addition to the junkie-fueled epic, that it overshadows the rest of the killer soundtrack. Other standouts include classics from Lou Reed, Brian Eno, and others. The soundtrack somehow captures the fast-paced vibe of the Edinburgh club scene and the calm, blissful release the characters find in their drug of choice.

The soundtrack to Blade Runner is mysterious and dark. It blends moody synths to create a gloomy and atmospheric sound fit for the setting of the Harrison Ford-led film based on the story from Philip K. Dick. It’s one of Vangelis’s most amazing works.

It might not be the greatest Scorsese soundtrack (more on that later), but the selection of music for The Departed is pretty stellar. Using Dropkick Murphys instantly means you’re in Boston among Irish immigrants. But here it feels far from cheap and easy. The soundtrack is also packed with legendary tracks like “Comfortably Numb.” So, you could say it’s pretty eclectic.

Like most Tarantino movies, Pulp Fiction contains a grab bag of songs. The most famous of the bunch is the rendition of “Misirlou” that has become synonymous with the film—but it’s far from the only standout.

It makes sense that a movie so focused on music would have such a great soundtrack. High Fidelity is about the soundtrack to our love lives, and with quotes from the film like, “What came first, the music or the misery?” don’t go expecting all happy pop, but do expect something great.

Disco-haters look away. While it might not be your cup of glittery tea, you can’t argue with the artfully crafted soundtrack to Saturday Night Fever. Highlighted by songs from the Bee Gees, it would go on to sell an insane amount of copies and become one of the most culturally relevant soundtracks ever composed.

This is just another step in the evolution of Trent Reznor. His ambient soundtrack for The Social Network was made with Atticus Ross and received many major awards. The tracks are haunting and addictive and perfectly match the uncomfortableness and anxiety of the film.

Sean Penn was persuasive enough to get Eddie Vedder to craft the soundtrack to the film adaptation of Jon Krakauer’s book. The Pearl Jam frontman played every instrument in every song and took audiences on a journey that matched that of Christopher McCandless.

The soundtrack to Snatch shouldn’t work. The songs are so wildly different that you’d be hard-pressed to find a string between them. The whole thing should just fall apart. Only it doesn’t. There’s a mad-brilliance to the collection that features Massive Attack, John Murphy, and Oasis’ “Fucking In The Bushes,” among others.

Get Daft Punk to craft your soundtrack and we don’t care if the movie is terrible, we’ll still see it. The resulting soundtrack for Tron: Legacy blends the electronic sounds of the French duo with an 85-piece orchestra for a grand score worthy of the big screen or an awesome home audio system.

Perhaps the coolest of all Scorsese movie soundtracks, and that’s saying a lot. Each song moves from the foreground to the background as the dialogue and action wrap around them. Unfortunately, the album doesn’t include all the brilliant selections. That said, it’s just more reason to put the film on.

In one quick scene, Natalie Portman made us fall in love with The Shins. Besides the two tracks from the band, the movie from Zach Braff features singles from Zero 7, Colin Hay, Frou Frou, and many more. The melancholy tunes fit the movie, as Zach Braff’s character tries to find his place in a world evolving around him.

To accompany Richard Linklater’s 1993 classic, he chose a bunch of ‘70s rock songs that go perfectly with a nicely stoned summer. It’s hard not to think of the film when you hear “Sweet Emotion” or “School’s Out.”

The music in Easy Rider is, simply put, perfect. The collection can easily stand on its own, but the classic rock tracks beautifully fit into the narrative of the biker flick.

We only wanted to include one Tarantino movie on this list, but we just couldn’t leave Reservoir Dogs off. There are plenty of great tracks dispersed throughout the film, including gems like “Magic Carpet Ride” and “Stuck In The Middle With You.” It’s great even if you’re only listening with one ear attached.

One of the greatest hip hop soundtracks of all time. Besides “Regulate” from Warren G, which obviously would go on to make the album a smash hit, the soundtrack features legendary cuts from 2Pac and other all-stars.

Jackson Browne’s “Somebody’s Baby” is the highlight of the soundtrack to Fast Times at Ridgemont High, but there’s a lot of great tracks mixed in. It’s one of the most solid rock & roll soundtracks of all time and helps the film stand as an all-time classic.

Inside Llewyn Davis is about a struggling folk singer in the ‘60s, trying to make his way in the big city after the loss of his partner. It’s also about a cat. But that’s not important right now. From the beautiful minds of the Coen brothers, the film is jam-packed with period-appropriate folksy tracks, all under the watchful eye of T Bone Burnett. All are fresh recordings, outside of one Dylan song and one from Dave Van Ronk. Put it on and step inside a smoky NYC basement club.

No coming of age tale has ever been scored better than The Graduate. We mean, how could one, when there was never a better duo to convey the feeling of being lost than Simon and Garfunkel? Director Mike Nichols leveraged multiple numbers from the legendary group to convey a feeling of alienation. And, of course, there’s the whole “Mrs. Robinson” scene.

23. Guardians of the Galaxy

Peter Quill’s mixtape serves as the vehicle to introduce some seriously great songs into the 2014 film Guardians of the Galaxy. Topping the Billboard charts for 11 consecutive weeks, the soundtrack features such all-timers as “Hooked on a Feeling” by Blue Swede, “Spirit in the Sky” by Norman Greenbaum, and “Ain’t No Mountain High Enough” by the late, great Marvin Gaye. The bedding brand Avocado made huge waves–and a name for themselves in the process–by redefining the mattress as we know it with Made in America, 100% certified organic material construction. You should absolutely make your next mattress purchase an Avocado for all those reasons, but they didn’t stop there with the products. The current product line includes the Green Mattress, along with the Green Pillow, Latex Topper and City Bed Frame–among others–that are all proudly made with the same attention to detail and quality. You even get 10% off with code SAVE10 when you shop Avocado today. A Comprehensive History of IKEA and Swedish Design 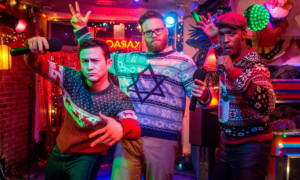 The Coolest Places You Can Visit On Google Street View 36 Things Every Father Should Do With His Son 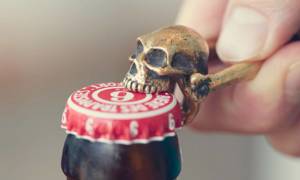 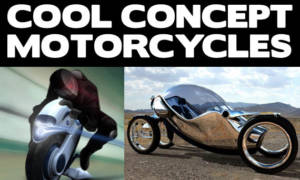 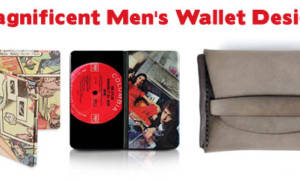 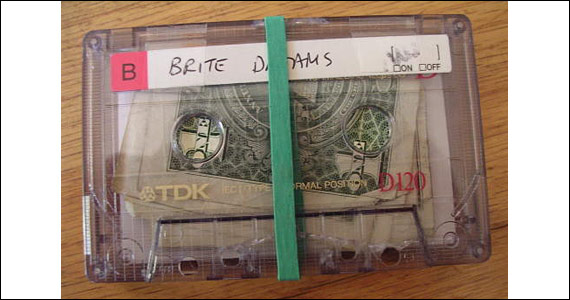 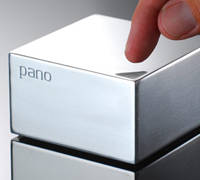 Ultra-Minimalism: 19 Cool Products That Are Almost Impossible to Use 19 Tasteless Beer-Drinker Accessories of All Time