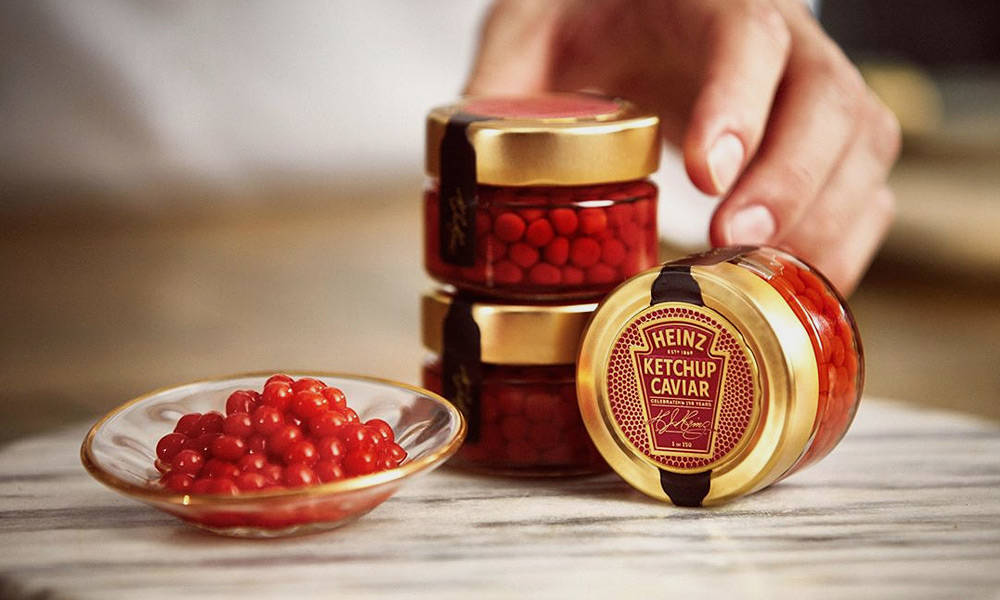 There are those out there who think ketchup isn’t a condiment but a side dish to be savored. And then there are those who put it on quite literally everything. Good news. There’s a serious upgrade in the form of Heinz Ketchup Caviar, a limited-production and nicely snooty take on Heinz’s famous ketchup. Only this version won’t show up in every restaurant and cafe in the country. Created just for Valentine’s Day, these won’t even go on sale but instead act as prizes for 150 lucky winners of the Ketchup Caviar Sweepstakes on Twitter. Should you cringe at the idea of a sturgeon delivering its payload into a bottle of Heinz, fear not because Ketchup Caviar is simply pearled drops of ketchup made to look like the pricey delicacy. The rather fetchingly packaged “caviar” is valued at $5 a jar, but the bragging rights are worth at least twice that. For the ketchup lover, likely a bit higher. In order to enter the sweepstakes, you just have to reply to the tweet from @HeinzKetchup_US with the hashtags #HeinzKetchupCaviar and #sweeps between Jan. 24 7 a.m. ET and Jan. 28 at 11:59 p.m. Eastern Time.