CraigLook.com. Why? Because Craigslist might be stuck in 1995, but that doesn’t mean you have to be. Craigslist may put hundreds of millions of items, services, and housing opportunities at your fingertips, but describing the search as looking for a needle in a haystack would be putting it lightly. Craigslist is getting sued by eBay, investigated by law enforcement, and the attorney general of South Carolina isn’t too happy about how it can be used to facilitate prostitution.

That said, Craigslist gets more traffic than Monster, CareerBuilder, and HotJobs! combined so maybe it really isn’t as useless as tits on a bull. If only there was a way to take all the posting on Craigslist and display thumbnail previews, search by zip code, and save your searches… Take a look at Craig now. Unfortunately, the “personals” (probably what got so many panties in a bunch) didn’t get the same cosmetic augmentation as the rest of the postings, so you’ll still have to scour the list for those. Puma Sale – Buy Two Get One 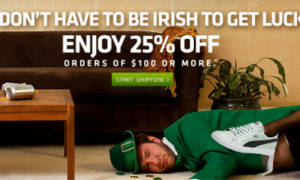 What Should You Drink? Beer Edition