When people think of “grilling season,” they typically fantasize about the age-old narrative: A man cradles a cold beer, hunched over a shiny grill, adorned with row upon row of hot dogs, bratwursts, steaks, ribs, chicken, pork, or any of the other classic grilling essentials. The man tends the meats, and when he steps back, the refreshing breeze of a cool summer evening caresses his face, along with the delicious aroma of sizzling meat and mesquite and smoky seasonings.

That’s a damn good narrative. But with all due respect to traditional barbecue goodness, there are plenty of other grillables that deserve some spotlight—ones that you probably never even considered: This Summer, Give Bison a Try

When you want meat that’s lean, high in protein and low in cholesterol, you want bison. And when you want bison, you want Allen Brothers. Their 100% bison steaks, ribs and burgers offer a great alternative to beef. Cooked quickly on the grill or in a cast iron skillet, Bison ribeyes, filets and burgers are tender, juicy and full of flavor. The lower calories are just an added bonus.
Learn More If there’s one thing we can think of that’s better than a donut, it’s one that’s been tossed on the grill and toasted to perfection. Grilling a donut is easy and doesn’t involve half as much burnt frosting as you think. Just slice the donut in half horizontally, then toast the cut side down on a grill from anywhere between 30 seconds and a minute. Light char marks will help bring out all the subtle flavors of the donut that often get lost in the frays of sprinkles, fillings, and toppings. No, you’re not reading that wrong. Grilled grapes are truly delicious. Typically served as a side dish with pork tenderloin or barbecue, grilled grapes actually do very well on their own, or as a garnish over some cold vanilla ice cream with a light dash of cinnamon. Just a quick heads up: As you can imagine, grape skin can be quite soft and tender, and doesn’t really cope well with heat. That said, be careful not to over-char them. The idea should be to get them hot enough to wrinkle and soften, not catch fire. Under ordinary circumstances, if you were to sit here and try to excite us about a salad, we’d boo you right to Hell. But, for some reason, toss a grill into the mix and poof!—it’s a whole new thing. But really, this recipe is super simple, and adds a whole new dimension to this old appetizer. The olive oil is a natural part of the recipe, but with a slight char and the addition of salt and pepper, it turns into what we can only describe as a whole new dish. This is a two-for-one deal. These Skewered Mozzarella-Bagna Caudas stand perfectly on their own, with the delicious fresh mozzarella, crisp baguette, and Bagna Cauda (finely chopped garlic, salt-packed anchovies, lemon juice, etc.), but they pair perfectly with the grilled Caesar salad we just mentioned. Serve them alone and your guests will love it, but serve them together for a memorable feast. The description for this delicious fire-grilled dessert is pretty self-explanatory, but we’ll do our best to tantalize your taste buds. Sliced banana, crushed Cinnamon Toast Crunch cereal, chocolate, and marshmallows, wrapped together in tinfoil and slow roasted over an open flame. Seriously, guys—need we say more? Grilled watermelon has slowly become a summer staple over the last few years, but this grilled watermelon salad is the perfect pre-meal appetizer for any barbecuing soiree. Believe it or not, the slightly charred watermelon provides refreshing contrast to the bite of the baby arugula, the goat cheese, and the balsamic vinegar. And if you want to start small with some basic grilled watermelon, that’s totally fine, too. Like a clambake, except approximately a million times better, clams casino should be considered a delicacy. Little neck clams, basted and boiled in butter, with the addition of bacon, garlic, and hot pepper? A million times, yes. The way the bacon cooks together with the olive oil, parsley, bread crumbs, and garlic, and then mixes together with the clams… If you’ve never had it before, get your shit together and try this recipe on for size immediately. The late great Ben Franklin said only three things in life are certain: Death; taxes; and delicious, gooey, cheesy pizzas. Keeping that brilliant fact of life in mind, perhaps no pizza is tastier (or more gratifying, at least) than one made in your very own home. And when it comes to homemade pizza, a fire-grilled pizza is second to none. No, really—pizza requires the hottest oven possible, and since the average grill will out-heat the average oven, a grill should be your obvious choice. Everybody loves bar nuts, but how many people actually know how to make them? Turns out, a conventional grill is the optimal heating source to make your own seasoned nuts. This recipe thought of everything—cloves of garlic, ground cinnamon, soy and Worcestershire sauces, chile powder, brown sugar, and (of course) butter. Evenly coat the nuts in all the combined ingredients, and then toss it into a disposable baking pan. The result is the best party nuts you’ve ever tasted. Period. From Def Leppard and White Castle, to Kitten Mittens and Curly for President, Pixels has all the incredible tees, hoodies, and tanks to run the gamut from modern chic to ridiculously cool whether your focus is tv shows, movies, superheroes, bands or anything in between. You can obviously shop their millions of unique options that cover everything from the major comic book brands and their characters, to the major movie brands and, well, their characters. In other words, Marvel, DC, Universal and a whole slew of other properties are covered, so create your own custom apparel with individual photos and designs–when you place your first Pixels order here. The 4 Ways to Drink Whiskey That Every Guy Should Know 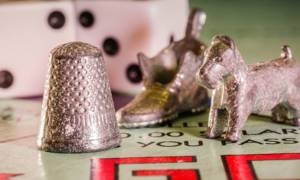 How to Turn Your Grill Into a Smoker The Best Gas Grill for Every Budget The Best Charcoal Grill for Every Budget