Let’s get one thing straight: Sriracha is not a fad. Yes, some of the love affair with the hot sauce is a bit over-the-top, but anything that tasty has staying power. And when you think Sriracha, you think Huy Fung Foods Sriracha. If you’ve ever wondered what you’re looking at when you pick up a bottle of the spicy condiment, here’s everything Decoded.

Fulton & Roark has been a hit ever since their launch almost a decade ago with features in the likes of GQ, Men’s Health and Fast Company. With the launch of their Fragrance Discovery Set, their popularity exploded. Each sample set includes a 1-2 day supply of all 8 of their best-selling solid fragrances so you can find the perfect one for you. Even better, the sample set comes with a $20 coupon code for your next purchase. Take your personal scent to the next level with Fulton & Roark today. The Best Motorcycle Helmets for 2022 The Foolproof Way to Beat Those Boardwalk Games 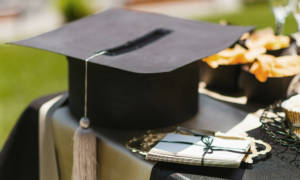