We hear versions of it all the time: “Violence, even well intentioned, always rebounds upon oneself.” That one’s Lao Tzu, a Chinese philosopher. In our experience, that’s true.  It’s rare that you won’t be able to talk your way out of a situation or, even simpler, walk away. We recommend completely avoiding fighting, because inexperience, weight-mismatching, and the fact that you’re not, nor will you ever be, Jason Bourne, can get you literally killed.  And while we’re talking about Jason Bourne, let’s take a minute to remind you that everything movies taught you about fighting is a lie and that Matt Damon compared Hollywood fighting to dancing. So unless you and that guy who thought you were checking out his girlfriend’s ass painstakingly choreographed a particularly violent looking Charleston, pretty much no one in a fight is prepared to fight.

Now that we know all those things, here are the best places to punch someone. The nose is an excellent spot to hit someone if you don’t necessarily want to knock them out. Scientifically speaking, a light punch to the nose goes a long way. First, it only takes a few pounds of pressure to break a person’s nose, anywhere from 7-9 pounds, which you’re more than capable of delivering. A punch square to the nose is disorienting, thanks to the excruciating pain of the broken cartilage and all the blood that goes with it. The nose is also connected to your eyes via tear ducts, meaning damage to the nose often results in tears—and, thus, temporary loss of vision—which is the best advantage to have during a one-on-one confrontation. Link The chin and/or jaw are great places to really put somebody out, and luckily, it doesn’t need to be terrifically accurate to have the desired effect. People talk a lot about hitting someone on the “button,” but believe it or not, that button doesn’t exist. The reason a whack in the jaw can knock somebody out is, your brain is this big giant thing, floating around in liquid—and it’s super sensitive. Knocking someone with a good straight right or even jab to the chin or jaw can cause enough trauma that the brain will actually bounce inside the skull and momentarily shut down. That is a knock out. Link We’ve all seen those scenes in the Kung Fu movies, where the karate master chops a mother fucker in the neck and knocks him out cold, all like, “HAI-YA!” Well, believe it or not, that’s actually plausible. The human neck is an exceptionally vulnerable spot. For the side of the neck, a sharp strike downward will hit what’s called the vagus nerve. The vagus nerve is the longer cranial nerve that’s responsible for carrying a lot of information from the brain to the rest of your body. A sharp strike on the vagus nerve can result in dizziness, disorientation, or even unconsciousness. Link In amateur and professional fighting, it’s not only frowned upon to hit a person in the back of the head, but usually illegal. But what flies in the street and in the ring are two completely different things. There’s a big bundle of nerves in this area, and the coolest thing about this spot is that you can actually feel them with your hands. Apply pressure to the area about an inch and a half or two inches behind the bottom of either one of your ears, farther toward the back of your head. Do you feel how sensitive it is? Now imagine getting punched there. Aside from throwing off your equilibrium, a direct tap on these nerves can—and frequently does—yield a knockout. Link A strike to the throat is one of those punches that can really, really hurt someone, so it should only be utilized as the lastest resort. Your larynx is damn near fragile as tissue paper, so it doesn’t take a lot of force to really hurt or potentially kill someone with a good shot. Because of that, we recommend keeping these hits to variations on a light tap. You can rabbit punch them, knife hand them, strike them with the webbing in between your thumb and index finger, just remember not to do it the hardest you can, or you’re going to have bigger problems than the slight ego damage from the combatant’s offensive and relentless opinions about your luck with women. Link A direct punch to the solar plexus is a real quick way to shut somebody up. The solar plexus is that sweet spot located just under the sternum (chest), but not quite the stomach. Typically referred to in fighting as the bread basket, it’s more effective than a punch to the stomach because it’s far more vulnerable to a direct attack. A swift shot to the solar plexus, delivered at a slight upward angle, is more than enough to end a sticky situation before it begins. Not only will it knock the wind out of your opponent, but if delivered well enough, may even knock them unconscious. Link 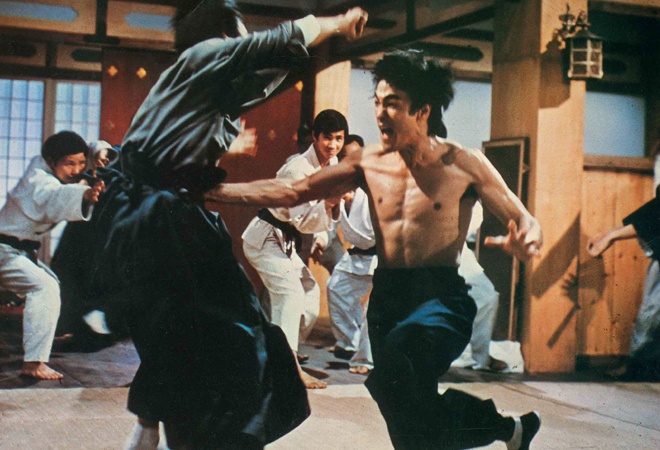 The kidneys are extremely valuable organs to the human body, and a good punch to ‘em is another way to inflict a serious amount of damage and pain on an opponent. The only real issue is that accessing them can be difficult, as they’re located toward the back of the body, near the spinal cord and under the rib cage. Nevertheless, when the opportunity does arise to get a kidney shot, take it.  Even if it doesn’t put them down, it’ll make them rethink whether or not fighting is really that important. Link