If you own a supercar, have an abundance of money, and want to take part in one of the most epic adventures of all time, you should probably sign up for Gumball 3000. The once underground rally has become a global phenomenon filled with parties, celebrities, and sightseeing at insane speeds (but don’t speed!). But how did this insanity get started? What is Gumball 3000? Here’s the absurd race’s tale:

The Movie That Started It All

Two decades before the first Gumball 3000, Charles Bail directed and co-wrote the film The Gumball Rally. The 1976 movie drew inspiration from the Cannonball Baker Sea-To-Shining-Sea Memorial Trophy Dash (often just called “Cannonball Run”) where entrants drove from New York City (later from Darien, Connecticut) to the Portofino Inn in Redondo Beach, California. The Cannonball Run was cancelled after just four events due to concerns over safety. The movie portrayed a wealthy businessman who dreamt up a coast-to-coast race without any rules. In 1999, British designer and former racecar driver Maximillion Cooper gathered 50+ friends to take part in a 3,000-mile journey across Europe. The entry fee for the rally would be $8,700 and the rich participants would have to bring their own supercar. Cooper chose the term “Gumball” because Andy Warhol had used it to describe how the population chews up and spits out pop culture like a piece of gum. The entire event was supposed to have a rock ‘n’ roll feel to it.

The first Gumball 3000 took drivers from London to Rimini, Italy, and back. Each night of the trip would feature a stop with an epic dinner or party, the first of which was attended by the likes of Kate Moss, Guy Ritchie, and others. Some speculate that a bit of the immediate “cool” of the rally was due to the fact that Cooper tipped off the press that Naomi Campbell would be a participant. She was not.

Cooper decided not to include any sort of official timing or award a prize to avoid legal issues. This did not stop drivers over the next 15 years from crushing speed limits and leaving the rally open to criticism.

An Explosion in Popularity

The 2001 rally, which took participants from London to places like Copenhagen, Saint Petersburg. and Helsinki, marked a huge turning point in the rally’s history. Among the 106 cars that entered, was a 1989 Jaguar XJ6 piloted by Johnny Knoxville and some of the cast of Jackass. The guys—who would become regular participants—filmed some of their insanity for an MTV special which drew huge ratings. (Among all the stunts Knoxville pulled during the run of Jackass, he says that the closest he came to dying was during the Gumball Rally.) The coverage from Jackass, on top of regular BBC updates, ushered in the “Golden Age of Gumball.”

With so many big names and repeat participants, there is one that has become a Gumball legend. Alex Roy is the king of Gumball. His Team Polizei 144 is famous for crafting renditions of police cars and pulling over other competitors to slow them up. He even sweet-talked a police officer into giving him an escort through busy Italian traffic during one of the rallies. Roy has collected over 200 traffic offenses in his illustrious run and even wrote a memoir of his antics that was published back in 2007. The 2002 Gumball 3000 was the first to tackle the United States. The route took drivers from New York City to the Playboy Mansion by way of DC, Graceland, Santa Fe, and Vegas. Upon conclusion, participants partied with Hef and the Playboy bunnies in one of the rally’s most legendary parties. Matthew McConaughey and Rachel Hunter were two of the handful of celebrity participants, and in a patriotic display, the Best Car award went to a 60s Corvette painted in stars and stripes.

The Golden Age of Gumball

Spurred on by the popularity of the 2001 and 2002 rallies, the Gumball 3000 became a global phenomenon for the next few years. There were a record numbers of entries from 2003-2006, highlighted by the 192 vehicles that took part in 2004. During these years, Cooper organized another trip through the United States along with a couple tours of Europe. Tony Hawk, Travis Barker, Adrien Brody, and Daryl Hannah were just a few of the celebrities who took part, and parties became more and more grand with performances from Snoop Dogg and others.

One of the highlights (or lowlights) during this time period happened in 2003 when a Koenigsegg CC85 received a speeding ticket in Texas for going 242 mph on a 75 mph stretch of roadway. It is believed to be the fastest speeding ticket of all time.

While Cooper and the folks behind Gumball made it a point to stress the event was not a race, participants clearly weren’t all out for a nice, leisurely drive. The rally in 2007, which was scheduled to go from London to Istanbul, got off to a bad start as two cars were confiscated by Dutch police, seven drivers—including rapper Xzibit—had their licenses revoked, and 70 cars were stopped by German officers. All of this would pale in comparison, however, to the tragedy that happened later during the rally.

On May 2, a TechArt Porsche 911 Turbo driven by Nick Morley and Matthew McConville hit a Volkswagen Golf killing the driver of the VW and his wife. In court, it was alleged that Morley was driving at speeds of around 100 mph, a claim the defense argued was inaccurate.

The rally continued for a short period of time after the accident, but was ultimately cancelled before the conclusion of the 2007 run.

The Rally Goes On 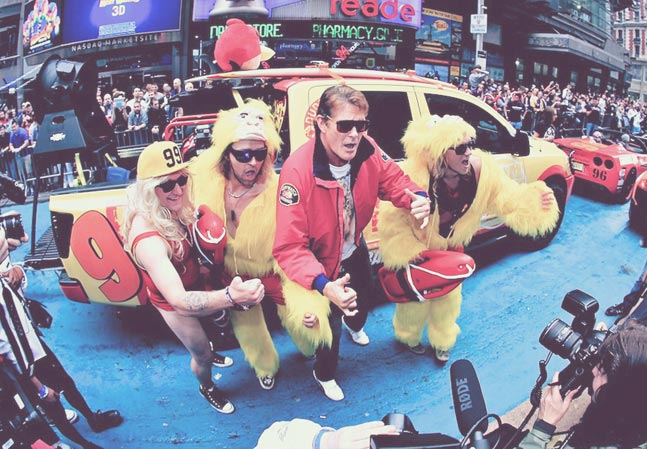 Despite the tragedy in 2007, the rally returned the following year for its 10th anniversary taking those who paid the $120,000 entry fee on a tour of the US before hopping over to China and ending at the 2008 Olympics in Beijing. Included in the field were David Hasselhoff, John Mayer, Joel McHale, and a slew of other celebrities. Perhaps the most interesting aspect of the 2008 rally was the stop over in North Korea for one night, where rally participants watched the Mass Games (North Korea’s version of the Olympics).

The Insane Cars That Followed 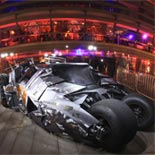 While the Gumball 3000 has always been filled with supercars and customized masterpieces, the rides that entered over the next few years took things to another level. In 2010, Tony Hawk entered with the A-Team van, multiple versions of the Batmobile—including the Tumbler—took part, The InCENArator—a futuristic ride that began life as a Corvette before being stripped and rebuilt as something from a sci-fi movie—competed, and Cooper even drove a stunning Morgan Aeromax that people would have to wait years to get their hands on. Gumball even set up the world’s most expensive car park in Times Square for crowds to see during the 2010 rally.

More and more celebrities signed up from 2008-2013 including David Guetta and Idris Elba who took his Aston Martin out for the rally days after tearing his achilles. The 2014 Gumball 3000 went from Miami and to NYC before the drivers and rides headed over to Scotland to take a tour of Europe. Included was a 1963 Jaguar MK2, a 1964 Shelby Cobra Daytona Coupe, the Batman Tumbler (again), and a Nyan Cat-themed Purrari 458 piloted by deadmau5 and Tory Belleci from Myth Busters. New to the rally was Meek Mill and perhaps the most intimidating vehicle of the year, the Brabus 6×6 700 from Team Masters of Speed. For the first time in the rally’s history, there was an official car: the Abarth 695 Biposto.

To check out some of the action from this year’s Gumball, which just finished up, you can visit Gumball 3000.