Want to spend some driving on the trail, the track or over the rocks without having to worry about another insurance payment or garage space? Get an RC truck! Turns out there are quite a few options out there that are designed and built to be as rugged as a full-size truck while still being small enough to fit in the trunk of an average econobox. Even better, they’re sized perfectly for use in the backyard or the driveway (no speed limits!) so you can have an afternoon of fun without ever leaving the house. Tamiya started as a small wooden model department inside a lumber company more than 70 years ago. Since then it’s grown into one of the largest and most trusted brands in the world when it comes to RC cars and trucks like this 1/12 scale Toyota Land Cruiser 40 Pickup. Built on the GF01 chassis platform, this little beast features 4WD with a fully independent double wishbone suspension and front and rear differentials in a sealed gearbox integrated into the frame. As much as we love the iconic Land Cruiser styling, the best part of this truck is the fact that it’s easy to get on two wheels and comes complete with a built-in wheelie bar. $190 For almost two decades, RC4WD has been producing high quality RC parts and scale model kits, so it should come as no surprise that they know how to put together a sweet RC truck ready for anything. Case in point: the RC4WD 1/18 Gelande II. This ready-to-race truck doesn’t explicitly say it’s modeled after a Jeep Wrangler (probably for licensing reasons), but it’s very clear from the grill and the body that it shares some design DNA. It’s the same on the build quality side. Aluminum ladder frame chassis. R5 mini transmission. Cast front and real axles. 4 link front and rear suspension. Rock Crusher X/T micro crawler tires. High torque FF-030 micro electric motor. With specs like these, it’s safe to say this truck could tackle almost anything a big Jeep could. $230 Top speed of up to 30mph. Waterproof electronics for all-weather driving through water, mud and snow. 3.5″ ground clearance and 13″ wheelbase. Metal gear Magnum 272 transmission. Officially licensed paint, graphics and replica body. In other words, the 1/10 scale Traxxas Ford F150 Raptor model is built with the same exacting specifications and focus on performance as the full-size version. It’s a much smaller version of the Raptor that you can’t actually sit in while you crush the landscape in front of you, but the thrills of driving it are just as real. $258 If you’re not concerned with crushing rocks and slinging mud everywhere, Vaterra has a low roller option that fits the bill for pavement use. This vehicle is an officially licensed 1/10 scale version of the impossibly cool and even harder to find 1968 Ford F100 truck that’s been slammed so close to the floor that ground clearance is something you shouldn’t even ask about (it’s 1/4″ if you’re curious). This lowrider has shaft-driven 4WD, a 540 brushed motor and sits on licensed Volk wheels wrapped in low profile tires, so it’s every bit as much of a capable, show-quality truck as you’d see roll out of famous shop. $290 Unlike most of the other options on this list, the Everest Gen7 Pro 1/10 scale off-road truck is not an officially licensed version of an existing vehicle you’ve seen on the street. Sure, it kind of looks like a 90’s era Jeep Grand Cherokee that Michael Bay and the guys from the latest Discovery channel car show got their hands on (in a good way), but it’s that original, angular design that draws us to this beast from Redcat Racing. Well, it’s the looks along with the chassis mounted roll cage, rugged and functional details, 3mm steel ladder frame chassis, Interco IROK Super Swamper tires, aluminum coilovers and the brushed 550 motor. $380 Want to go rock-crawling in a vintage classic without the incredible expensive of having one actually restored? Enter the Vaterra 1986 Chevrolet K-5 Blazer Ascender. This officially licensed 1/10 scale version of a lifted Chevrolet K-5 Blazer more than lives up to the Vaterra Ascender chassis name with impressive features like stamped-steel ladder frames, adjustable wheelbase, metal gear transmission and a suspension that makes it capable of tackling rocks from multiple angles. $460 There’s just something about a mostly black Ford Bronco with sun-style gradients on the side that oozes old school cool. The Traxxas TRX-4 Ford Bronco Ranger XL has that same level of cool, and it’s built to be as rough and tumble as the classic 1979 Ford Bronco it’s based on. Portal axles and an adjustable wheelbase give it better ground clearance. Aluminum scale shocks and T-Lock remote locking differentials make it possible to drive over almost anything. Titan 21T 550 motor makes sure you’re putting maximum power to the pavement. This is a 4×4 RC truck that’s just as badass as the people-sized version. $480 Built on Tamiya’s CC-01 chassis, and camouflaged by another iconic vehicle—the Mercedes-Benz Unimog 406 Series—this truck is a blast on the street or in the yard. It might not have the inline 6-cylinder diesel and 8-speed transmission of the full-size Unimog, but this 1/10 scale model does include an independent front/solid axle rear suspension, 540-brushed type motor and oil-filled shocks. If you’re not interested in doing any assembly on your own, this particular version was Expert Built by Tamiya, so it’s ready-to-race (RTR) out of the box. If you’re the kind of guy that would rather tinker, or save a couple hundred bucks, you can buy a Tamiya Unimog assembly kit and do it yourself. $575 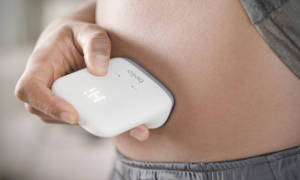