No one likes being pinched right in the fat, but we all at least kind of want to know our body fat composition. Now you can have the latter without the former with the Bello. More accurate than a body fat scale that relies on bioelectric impedance (the speed of a small electric current through different types of cells), the Bello uses what’s known as DMW-NIRS (Discrete Multi-Wavelengths Near-Infrared Spectroscopy) to scan wherever you place it. It provides data on both subcutaneous fat and visceral fat in a mere three seconds. The app will give you weekly reports and guidance on eating and exercise, so it’s more than just a one-trick pony. The idea behind it is to motivate and educate, rather than to just depress the hell out of you. The Bello has crushed its goal on Indiegogo in a matter of days, but you can still get your hands on one. 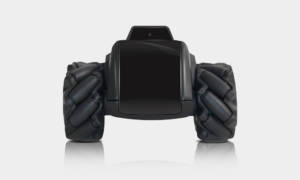