There are a lot of folks out there who would argue technology often does a lot more harm than good. It contributed to our new-age societal isolation, it gave us drone warfare, and worst of all, it gave us Justin Bieber. Ugh. But technology also gave us incredible things like space travel, medical advancements beyond our wildest dreams, and when push comes to shove, technology helps us—all of us—on a daily basis. And in times of trouble, technology can often be our best friend. Here are 8 emergency apps that may prove the difference between life and death: This app can mean the difference between making it home or kicking the bucket if you ever find yourself in a precarious situation in the great outdoors. The intuitive 3D compass also comes with a milspec compass, a gyrocompass, a gyro horizon and inclinometer, a GPS tracker, and even a speedometer. Track and share your location, view 3D maps in real time, target your position, and come home alive. iOS The last thing anyone wants is to get jammed up and face legitimate danger and peril when out and about. But when life just isn’t fair, the ICE Standard app serves as a digital emergency card that displays your health information on the lock screen of your phone, including your date of birth, pre-existing conditions, allergies, emergency contact information, etc. If you’re ever in need of help, you’ll be able to get it. iOS Android Developed by teams at Columbia University, the University of Maryland, and the Smithsonian Institution, LeafSnap allows users to take a picture of a particular plant and then, using visual recognition software and your GPS location, LeafSnap makes suggestions for what plant you’re looking at. Users reported slight issues (for instance, that the app works better if plants are shot in front of a white background, which is impractical in the field), but the app has a lot of potential to be a survivalist’s dream. iOS Did you know that when someone calls 911, dispatchers can’t track a caller’s exact location? They can only track them to the nearest cell phone tower. But SirenGPS gives first responders access to your GPS location, and allows real-time, two-way communication between two people, even when cell phone service is down (which happens often during times of crisis, natural disasters, acts of terrorism, etc.). iOS Android The wikiHow app is absolutely brilliant. It will teach you how to make fried maduros (and what “maduros” are), it will show you how to plan the perfect Super Bowl party, it will tell you how to burp a baby, and when you’re tired of reading all that boring shit, it’ll also teach you how to survive in the wild, build an emergency shelter, make your own bowie knife out of an old industrial file, and literally anything else you could ever need in order to survive in an emergency situation. iOS Android If you’ve ever spent any amount of time traveling or outdoors, chances are you’ve heard of the Merck Manual. In a nutshell, the Merck Manual is famously considered the most comprehensive medical textbook in the world. The app will cost you $9.99, but the wealth of information it provides in the palm of your hand—from how to treat bug bites and rashes to heavier stuff like puncture wounds and serious fevers—is priceless. Written by experts from all over the world, and placed in an easy-to-read context, The Merck Manual series is an absolute necessity. iOS Android The SAS Survival Guide is the definitive survival guide for your smartphone. Aside from video guides, a Morse Code device, a sun compass, and everything else you could ever want to know about, the SAS Survival Guide will assist you in unforeseen circumstances like a plane crash or car accident, along with natural disasters and nuclear blasts, and also covers the basics—building a fire, finding shelter and food, etc.—in excruciating detail. iOS Android 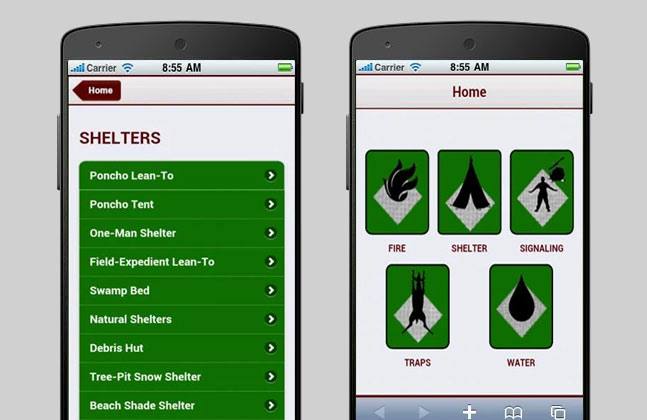 Exclusive for Android phones, Wilderness Survival Pro is like the SAS Survival Guide, but less expensive. It’ll show you all the basics, from finding food, water, and shelter, to starting a fire, signaling for help, and even setting hunting traps. It’s indispensible for anyone who’d rather gag than say the word “glamping.” Android 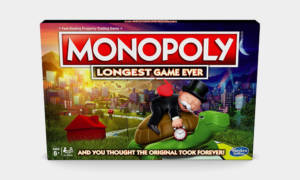