Mark Twain, the man lauded as the father of American literature, is remembered for many things, but perhaps his most widely used commentary is on a topic we hold near and dear—whiskey. Twain famously uttered the timeless words, “Too much of anything is bad, but too much good whiskey is barely enough.”

Whether he knew it or not, Twain wasn’t just being cheeky. As it happens, there are some bona fide health benefits to copious whiskey consumption: 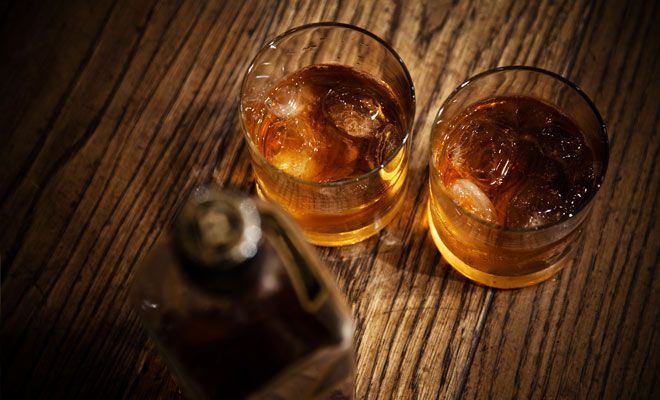 With all of the vitamin supplements or fix-all raw food diets, it’s hard to figure out what’s real and what isn’t. Well, turns out, whiskey works. The same anti-oxidants found in red wine that help fight the body’s susceptibility to cancer are the same ones found in whiskey—but in greater amounts. In 2005, Dr. Jim Swan gave a speech at the EuroMedLab conference in Glasgow talking about how there are great health benefits to those who drink single malt whiskies, because of its high ellagic acid content (which is the same anti-oxidant in red wine).

Whiskey is Great for Dieters

Losing that winter weight or keeping that summer body in shape is a hell of an undertaking—especially during peak BBQ season. Luckily, a single shot of whiskey has zero carbs and zero fat, and according to LiveStrong.com it’s one of the best alcohols one can consume while on a diet. If you’re trying to cut calories without cutting fun, whiskey is actually an excellent choice! Whiskey Can Help Prevent Strokes and Keep Your Heart Healthy

According to a Harvard study—yes, that Harvard—on the benefits of alcohol consumption, a single drink of whiskey a day may help prevent ischemic strokes. The study begins with, “It’s safe to say that alcohol is both a tonic and a poison” which we think is pretty damn poetic. It also goes on to say that the connection between moderate—we repeat, moderate—alcohol consumption and a lowered risk of cardiovascular disease, including heart attacks, ischemic (clot-caused) strokes, cardiac death, peripheral vascular disease, and death from all potential cardiovascular causes is very real. So tip one back, tap your heart, and thank the heavens for another day here on earth. Cheers, Harvard!

Ain’t it funny? A drink that tends to make us forget what we did the night before is just the thing that could help save our memories later on down the line. According to a 2003 case study, adults who consumed 1 to 6 drinks a week were almost half as likely to suffer dementia than non-drinkers and people who consumed 7 to 13 drinks a week. All we’re wondering is whether those 6 drinks need to be spaced out over seven days, or if we can do ‘em all in one sitting! Yee haw!

Whiskey Can Calm Your Nerves

We don’t know about you, but after a long day at the office, sometimes the only thing that can calm us down is a good stiff drink. Finally, we have the science to back up our self-treatment. According to researchers at the peter Munk Cardiac Centre in Toronto, Canada, one drink of either red wine or alcohol a day is not just good for the heart, but also helps with blood circulation, oxygenation, etc., and thus, helps steady your nerves and lower your heart rate. But keep it to one drink, as the team also found that multiple can be, and we quote, “stressful.” But we imagine lots of things are stressful if you’re a ninny. Whiskey Will Help Soothe Your Cold

The Hot Toddy originated in 18th century Scotland in order to make Scottish scotch taste less like Hell on Earth (apparently, the stuff was unpalatable). Scots would mix their “scotch” with herbal tea, honey, cinnamon, sugar, dates, and whatever else was handy in order to mask the terrible taste. It caught on and, even after the Scots got their shit together and figured scotch out, the Hot Toddy stuck. Because whiskey helps dilate the capillaries and helps with circulation, it serves as an excellent decongestant—when not overindulged, that is. Alcohol is also good at killing germs, and when coupled with the tea and honey, it’s actually a boozy elixir.

Whiskey Works With Your Diabetes

Diabetes is one of those diseases we wouldn’t wish on anyone. Aside from the obvious health implications, it also robs you of all the things in this world that are delicious—salty meats, sweets, fried chicken skin, bacon, chocolate, all the snack foods that don’t suck, and honestly every single thing we can think of that we actually enjoy eating. Luckily, whiskey is the perfect drink for diabetes. Zero sugars means zero glucose, with the addition of zero carbs and zero fat, too! Naturally, if you suffer from diabetes, it’s ill-advised to over-do it, but at least your drinking career doesn’t have to end entirely. It doesn’t take a scientist to tell you that whiskey is regarded as one of the best digestifs in the world. What’s a digestif? It’s exactly what it sounds like. Whiskey’s higher alcohol content stimulates the stomach’s production of pepsin, the primary enzyme in digestion that breaks proteins down into polypeptides—whatever the fuck those are. It also heightens secretions in both the pancreas and gall bladder.