Looking for a new cocktail to try out this weekend? Want to wind down with a fresh new drink? We’ve got you covered. Here’s what you should drink this weekend.

Between the weather cooling down and trying to kick a mild cold, I’m craving a warm, soothing beverage for the weekend. So, I’m turning to a tried and true classic: the Hot Toddy. Historically, the warming whiskey drink was enjoyed as a nightcap or used to stave off coughs and colds. Now, it’s an ideal fall/winter cocktail that can be enjoyed around the fire pit, at a bar, or in the comfort of your own home. As far as cocktails go, the Hot Toddy is pretty simple. And, open to a myriad of variations. The only standard ingredients are really boiling water, whiskey, and some sugar source. Fall-appropriate spices like cinnamon, ginger, allspice are welcome additions as is a squeeze of lemon juice. Basically, it’s the hot version of an Old Fashioned. For this particular version, we turn to Karl Steuck a.k.a. @SpiritandSpoon. For the Hot Toddy Riff, you’ll need:

While your tea steeps, pour 1.5 ounces whiskey, .5 ounces Ancho Reyes, and .5 ounces of lemon juice in a mug. Combine with your tea and add cinnamon honey syrup to your liking. Garnish with a cinnamon stick and enjoy the tastes of autumn. Longing for the days when menswear was more gentlemanly? Onsloe has you covered with customizable, limited-edition clothing options. Curated in New York and made to order, Onsloe pieces are a modern take on vintage classics. The Crombie coat from the 60s beloved by Churchill and The Beatles is now the Abner, made from soft, rich wool and presented in a three-quarter length with contrasting velvet collar. The Karl Corduroy blazer and pant combine 100% cotton Japanese corduroy fabric for the perfect lounge-ier take on a stylish cord suit. Upgrade your fall wardrobe with Onsloe today. The Best Alternatives for the iPhone Notes App 10 Apps Guaranteed to Wake You Up 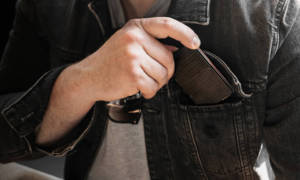 The 10 Best Front Pocket Wallets for Your EDC 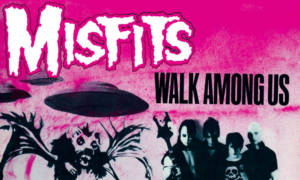 Misfits’ Walk Among Us Is the Best Halloween Album What to Drink This Weekend: Café Frío Cocktail What to Drink This Weekend: The Black Manhattan What to Drink This Weekend: The M&M Cocktail