We have mixed feelings about the news we’re about to share. Breaking Bad creator Vince Gilligan is booting up the ole meth-filled RV again. According to The Hollywood Reporter, a two-hour Breaking Bad project is in the works. Whether that project is a movie destined for theaters or a special just for AMC viewers remains to be seen. Details are very limited, but it sounds like filming is set to begin this month in New Mexico. Okay. So, on one hand, we miss Breaking Bad more than just about any show in recent memory. It was appointment viewing. Obviously we want more. On the other hand, it was a perfect series with a bow placed on it. Too much of a good thing can be a bad thing. We’d hate for this to not live up to the hype it is sure to create. Still, we’re not going to pretend we’re not pretty giddy right now. 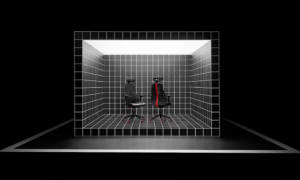