With over 4,000 breweries in the United States, each churning out—and naming—at least a handful of beers, there are sure to be, well, issues. Names that didn’t sit well. Labels that went a bit too far. Dead animal koozies (keep reading). Breweries have gotten into some hot water over the years. Here’s a look at the 8 most controversial beers of all time. Breweries like to playfully fire back after their brews draw ire. Such is the case with Hangin’ Frank, an IPA from Short’s Brewing Company. Renamed “ControversiAle,” the beer’s label originally featured a hanging body. The story goes that a bartender at the City Park Grill, a bar not far from the Short’s, hanged himself, and his ghost haunted the bar afterward. According to Short’s, Hangin’ Frank was meant to honor Frank Fochtman, and his ghost. After enough heat, the brewery changed the beer’s name and label, while defining “ControversiAle” on the new label as “a state of prolonged dispute or debate, usually concerning a matter of opinion.” For a period of time, there was a bit of a beer arms race, with a few breweries—BrewDog and Schorschbock—competing to brew the world’s strongest beer. It wasn’t so much the alcohol content of End of History, a beer brewed in 2010 by BrewDog, that commanded attention—it was its packaging. BrewDog’s End of History came in a dead animal. Yes, a dead animal. Twelve bottles were released with seven clad in a dead stoat, four in a dead squirrel, and one in a dead hare. A director from Advocates for Animals called the beer a “perverse idea.” Before looking at this label, you should at least be familiar with who Zwarte Piet, or “Black Pete,” is. In some countries’ folklore, Zwarte Piet is a companion of St. Nicholas, and when someone dresses up as Pete, they often do so in blackface. Clearly, the character doesn’t sit well with many.  So, it would stand to reason, that Brasserie De La Senne’s Zwarte Piet, a Strong Dark Ale named after the character, wouldn’t either. You can read about the reaction to the beer, along with an explanation from De La Senne, here. Gandhi-Bot was a beer you’d frequently find in trade forums, as the Double IPA is well-regarded and impossible to find anywhere besides Connecticut. Five years after it was first brewed, the love for the hoppy brew helped it catch the attention of some people in India, who found the beer’s name and label dishonored Mahatma Gandhi. After a lawsuit and a handful of threats, New England Brewing Company changed the name of the beer to G-Bot. In July of 2012, the statue of longtime Penn State head coach Joe Paterno that stood outside of Beaver Stadium was removed following the reports about Jerry Sandusky. Many thought it was the right move in helping Penn State and the community move forward. Some did not. In the group still arguing for the public to remember Paterno the great coach, you can find Duquesne Beer, who, in 2014, released Duquesne Lager Paterno Legacy Series. A portion of the proceeds do benefit charities of Sue Paterno’s choice, but the beer drew a slew of criticism across social media upon its release. Breweries need to have their labels approved before they can go slapping them on bottles and cans. Lagunitas originally received the OK from the state of California to go ahead and use the name “The Kronik” for their amber ale, so they got some cases together and started selling them. Then they received a letter from the Alcohol and Tobacco Tax and Trade Bureau saying they couldn’t, as the name was a reference to marijuana. Their solution? Call it “Censored,” and slap that right over the old name. Surprisingly, the Alcohol and Tobacco Tax and Trade Bureau went for it, and Censored Ale was born. Delirium Tremens is that fun bottle with the pretty pink elephants that you see in bottle shops all the time. It’s really good. But most shoppers don’t realize that the beer’s name caused a bit of an uproar, and even caused some bottles to be pulled from shelves back in 2004. The reason? Delirium Tremens—aka “the DTs,” aka “The Shakes”—is a multi-day withdrawal symptom that occurs when heavy drinkers can’t get a drink. It includes shaking, sweating, irregular heart rate, and, as the colorful elephants on the bottle suggest, hallucinations. While the beer is available in a slew of countries, it wasn’t easy for the brewery to make that happen. One of the Binny’s Beverage Depot locations in Chicago was the first to call foul on SweetWater’s Happy Ending Imperial Stout. Adam Vacrick, who managed the beer stock for one of the stores, refused to sell the brew from the Atlanta-based brewery. Now, SweetWater wasn’t exactly hiding the meaning of the beer, as the label featured all of the following: a geisha, a box of tissues, Drew’s o-face from Office Space, and a line that described the beer as “sporting a huge dry hopped stiffy resulting in an explosive finish!” If that wasn’t all a bit too on the nose, the brewery even sent out promo packs with hand lotion. Yeah. 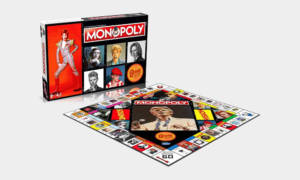