Even after a year embroiled in working condition scandals, gaming studios put out some great offerings. You know all about Red Dead Redemption 2, Battlefield V, Assassin’s Creed: Odyssey, and Shadow of the Tomb Raider (some of which we’ll probably get back to around Christmas time). But indie studios and smaller games deserve some love too, so we put together a list of the games you may not have heard about. Here are the 8 best games you didn’t play in 2018. Return of the Obra Dinn

Return of the Obra Dinn easily has the coolest art style on this list. We’ve never seen anything like it. It’s monochrome with aspects of pointillism mixed in. To put it in slightly simpler terms, it looks like the game displays completely in e-ink. It was a good design choice, to say the least. As if that wasn’t enough, the game plays well. The Obra Dinn is a merchant vessel that went missing at sea and, as an insurance investigator for the East India Company, it’s the player’s job to figure out what happened to the ship and its crew. The investigation is difficult and it takes the kind of meticulous attention to detail gamers are known for, so by the end of the game, everyone’s qualified to be a private eye. PC The Burnout franchise has been quiet for a little while, making the demolition derby racing genre fair game for competition. This year, fairly quietly, Wreckfest puts it name in for consideration and we have to say, we’re impressed. There’s a decidedly rural and old-fashioned aesthetic at play here, so these aren’t supercars smashing into each other, they’re the boxy cars you remember learning to drive stick on, with some tractors thrown in for good measure. In our opinion, that’s one of the strengths of the game. It feels like you’re playing a souped-up version of a state fair’s demolition derby, and hopefully we all know how fun those can be.

We should mention that there is a console port of this game in the works. There’s not definite release date for it, but expect Wreckfest on PS4 and Xbox One sometime in early 2019. PC 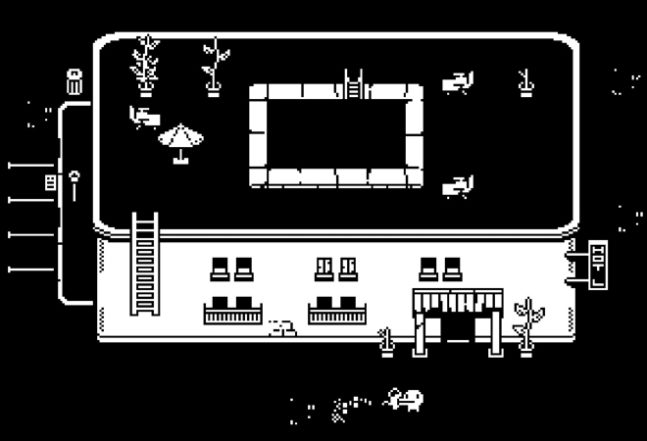 We talked about Minit a few months ago and we’re glad to say the game lived up to the hype. You have to sort through the inventive gameplay, immersive world, and game’s story in increments thanks to a curse that kills your character after sixty real-world seconds. That adds a whole new level of stress to the game, but not in a way that makes you want to put a fist through your TV. It’s kind of like playing a game version of Groundhog Day in that you’ll eventually be able to run most of the challenging parts on simple muscle memory, allowing you to devote your real brainpower to the stuff that actually gives you trouble. Switch | PS4 | Xbox One | PC Where the Water Tastes Like Wine is one in a million on the indie scene. The game we can think of that’s most similar to it would be Oregon Trail, but saying that sets all kinds of false expectations. You’re on a journey, you can travel through the American West, and you interact with all kinds of people on your travels, but that’s about as broad as the similarities stay. In the game, you’re a skeleton traveling through Depression-era America that’s been heavily filtered through folklore. If there’s a goal to the game, it’s to meet as many people as possible, to listen to their stories, and to spread them to new audiences. It’s a brand new kind of storytelling and we’re excited to see it at its beginning. PC VR is creeping closer and closer to a viable gaming medium, with Moss getting it another inch. It’s a puzzle platformer action adventure game where you follow an anthropomorphic mouse adventurer as she tries to rescue her uncle. The VR is ingeniously used to establish a sense of scale in the game, using your human height as its camera positioning and allowing you to move your head around and up and down to better see your hero or certain aspects of the puzzles. Anyone with a VR rig would be wasting their tech if they didn’t pick up a copy of Moss. PS4 | PC Historical accuracy is always an easy nit to pick for gamers who hide behind claims that inaccuracies ruin their immersion. The developer of Kingdom Come: Deliverance apparently wanted to take that complaint completely off the table. A lot of research was done to bring an authentic Holy Roman Empire experience to gamers and historians of the armchair variety will likely be impressed. Unlike more popular RPGs that turn you into a damage sponge god the minute you turn on the game, Kingdom Come: Deliverance focuses on a believable yet rewarding RPG system. You feel deeply vulnerable at the beginning of the game and are believably capable by the end, making your character all the more personal to each player. Consoles | PC Simple games about blowing things up are always a safe bet for a video game that’ll help you relax and Cefore is a worthy entry in the genre. It’s a demolition puzzle simulator where creative destruction is encouraged. You’ll get bigger and weirder structures and you have to come up with bigger and weirder ways to take them down. There really isn’t much more to it and there doesn’t have to be. PC Subnautica is one of the newer entries in the open world survival games, though it has a unique twist to it. It takes place almost entirely underwater. The story is you’ve crash landed on an aquatic alien planet and you need to scavenge and craft the supplies and equipment you’ll need to survive. There isn’t much innovation in the idea beyond the customization available for your space SCUBA suit, but that was never the point. It’s the world itself you’ve come to visit. There’s plenty to explore in this new world’s ocean and should keep the enterprising submarine adventurer entertained and busy for weeks. Consoles | PC